I’ve been meaning to post about this for ages and I kept on forgetting. Now we have discovered that Charlie Kaufman is writing The Knife of Never Letting Go movie, it feels timely for me to talk about my dream cast for these movies. This is going to be a little indulgent, but you know how there are some days when you are an unstoppable good idea machine, and your ideas please you so much that no amount of praise for your genius can ever be enough? Well, that’s what happened to me when my adjunct sister Lil Splotch posted on Facebook about the film of The Knife of Never Letting Go. I considered which characters’ casting would be most important to me and came up with the following seven: Todd and Viola, Aaron, Davy, Mistress Coyle, Ben, and the Mayor.

Feel free to weigh in on who you think should play other characters I haven’t bothered with. Also weigh in on other actors who could play the parts I’ve already cast, because a brain can only hold so many actors in it at once, and it’s perfectly possible I overlooked someone who would be way better in one of these roles. I mean, not the Mayor. I have cast the Mayor perfect already.

Starting from least important/impressive on my part.

For Todd and Viola: Unknowns

Okay, yeah, I punted on this. The pool of child actors isn’t big enough. You would say Chloe Moretz because you wouldn’t be able to think of other options. Broaden the field, say I. Unknowns can be awesome. Remember how Dakota Blue Richards was way the strongest part of The Golden Compass movie? Is all I’m saying. Although I think the chances of their picking someone from the cast of Ender’s Game for either Todd or Viola are….highish.

What he’s been in: Winter’s Bone; Martha Marcy May Marlene
What we’ve seen him do before: Quiet menace.
What I want him to do in this part: Exactly that. I like casting against type when I can, but sometimes typecasting is best. I have always thought of Aaron as being sort of manic, but once John Hawkes occurred to me, I decided that his angry stillness, punctuated by furious violent attacks, would be way scarier. In addition to having played rather Aarony roles in his past, John Hawkes looks like I picture Aaron looking: wiry, unkillable, possessed of big dark eyes that have seen everything. I’d flee from John Hawkes. Wouldn’t you?

What he’s been in: Chronicle. (Also True Blood and In Treatment, but whatever.)
What we’ve seen him do before: [Whatever he did in those two HBO shows I gave up on long before he showed up in them. People said he was good.] Twitchy, vulnerable, and subsequently drunk on power (in Chronicle).
What I want him to do in this part: Exactly that. I originally wanted someone bigger for Davy, as he’s a bully, but it occurred to me that a skinny kid would be better. A skinny kid has something to prove. Dane Dehaan is good at being pitiable while doing terrible things, and that is Davy’s exact quality. 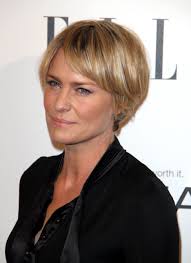 What she’s been in: The Princess Bride, and Forrest Gump in her youth; more recently, a bunch of stuff I didn’t see. In my opinion, nobody ever gives Robin Wright enough to do.
What we’ve seen her do before: Not enough, dammit!
What I want her to do in this part: Be awesome. I have always thought Robin Wright had a good face for strong convictions, but I have never seen her in a ruthless part. (Doesn’t mean she hasn’t played one! I just haven’t seen it.) We know she can play appealing so it would make sense why Viola would want to believe in her. And I think her face has the capacity to look awesomely resolved and impassive as it’s lit by the fires of a bomb she set. F*** YEAH ROBIN WRIGHT (is what I’m going to say when this happens).

What he’s been in: The Wire, mostly, and he also had a recurring guest spot on The Good Wife. (I miss him on The Good Wife! I loved the scene where he talked to Grace about Jesus and global warming.)
What we’ve seen him do before: Drug enforcing; spiritual counseling.
What I want him to do in this part: Gbenga Akinnagbe has this air about him of being serene even in the face of really awful things happening, which is just what Ben has. Unyielding serenity. Gbenga Akinnagbe would kill this role. The more I think about it, the more into it I am. I would (spoilers; highlight if you want them) cry a thousand tears to see Gbenga Akinnagbe protecting Todd from the bad guys and being shot by rotten Davy Prentiss, and then I would cry a thousand more tears (but of happiness this time) when he turned out to be ALIVE AFTER ALL and back to be Todd’s father again, oh how I cried when that happened in the book.

For the Mayor: Viggo Mortensen (WAIT. HEAR ME OUT.)

What he’s been in: The Lord of the Rings; Eastern Promises.
What we’ve seen him do before: Inhabit his roles like crazy and be awesome at everything.
What I want him to do in this part: Take all that charisma you remember from when he played Aragorn (my stars he was attractive as Aragorn) and combine it with the restraint and competence he displays in Eastern Promises. The Mayor is a tricky part because he has to be capable of great brutality while seeming plausible, charismatic, and civilized in between. The brutality is easy; the plausibility is hard. I think Viggo Mortensen would have that down cold. You have to be willing to let the Mayor lead your war twenty minutes after he waterboarded your girlfriend in front of you. It’s Viggo Mortensen, people. The man is plausible.
If you think Viggo Mortensen would not be amazing as the Mayor: You are wrong. When the casting people see this blog post and cast Viggo Mortensen and he kicks all manner of ass in the movie, and is so damn plausible–when that happens, you’re going to remember this moment, and you’re going to say, Wow, Jenny, you were right. SO THERE LEGAL SISTER.

I don’t care as much about the other parts, since I’ve decided to cast Todd and Viola as unknowns. Anyone young and cute and determined can play Lee; anyone farmy and fierce-faced can play Cillian; I hate Wilf and I hope they drop him from the movie; Bradley and Simone are not that interesting to me; and until I know what kind of makeup/special effects they’re going to use for the Spackle, I can’t say what needs to happen with the casting of the Return.

You may now praise my genius.