By astonishing coincidence, I find myself needing to research fairy tales right in the middle of the Once Upon a Time Challenge (about which, if anyone is wondering, I have never forgotten at all but have kept it uppermost in my mind at all times).  Max Lüthi has written a book that provides an insightful and very readable overview of the conventions of the European fairy tale.  As a starting place for my research into fairy tales (I am going to research the crap out of fairy tales, y’all), I could hardly have picked a better book. 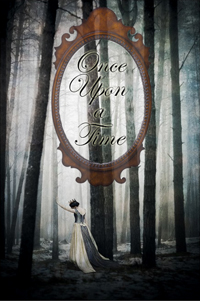 Lüthi talks about the conventions of fairy tales and what they mean to us.  I spent the entire book shrieking “OH YEAH! THAT IS TOTALLY TRUE!” because Lüthi writes about patterns in fairy tales, mainly Grimm’s.  I read Grimm’s fairy tales like mad when I was a little girl, way more than Lang’s, so Lüthi was writing about all the stories I read, in the versions that I read them.

For instance, I have previously remarked upon stories that violate ontological boundaries.  Fairy tales do this all the time, with talking animals and like that, but Lüthi points out that while we may be surprised by this, the characters aren’t.  An animal walks up and starts talking to our fairy tale protagonists, and the protagonists are perfectly chill about it.  One of Lüthi’s lovely, concise observations: “[In fairy tales], everything can enter into relationship with everything else…[they] free people from their natural context.”

Or, oh, this was good, Luthi notes that relationships and feelings are externalized rather than explained in emotional terms.  Relationships and connections between characters are tangible: a princess will slip something into her lover’s pocket before he leaves.  A girl who walks a long way in search of something or someone will wear through three pairs of iron shoes, her weariness represented rather than described.  True story, right?  That kind of thing happens all the time in fairy tales. Tangibles.  Love ’em.

As I have a troubled relationship with time, I appreciated this the most:

The fairy tale conquers time by ignoring it.  Part of the power which it has to delight the reader derives from this triumph over time and the passage of time….[these stories] remove us from the time continuum and make us feel that there is another way of viewing and experiencing life, that behind all birth and death there is another world, resplendent, imperishable, and incorruptible.

I took copious notes on this book, with a pen that I am trying to use up its ink because I can’t bear to throw a gel pen away.  It’s the most obnoxious color of pen ever, this terrible orangey dark coral, but the pen’s a Uni-ball Signo with a 0.5mm nib.  I can’t throw that pen away.  I have a finite number of pens, and anyway, it’s got a 0.5mm nib!  But it’s the ugliest damn color ever, and the day this thing runs out of ink is going to be a happy, happy day for me.

32 thoughts on “Once Upon a Time: On the Nature of Fairy Tales, Max Luthi”