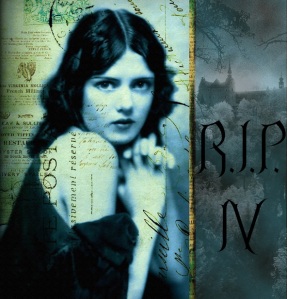 I was determined to finish this book before the end of Halloween which I have now done.  This is my bonus book to wrap up the RIP Challenge, which, along with everyone else, I thank Carl for hosting.  I’ve had fun reading all my spooky books and reading what everyone else thought of spooky books they read.  Lots of Shirley Jackson.  Lots of Wilkie Collins.  These are the books I read:

and this one, my bonus one; and I liked Her Fearful Symmetry best.  Obviously.

The Suspicions of Mr. Whicher is about Victorians and detectives and manor house mysteries.  I like all of these things, though murder mysteries tend to be dramatically more fun when they are fictional.  In its essentials, this book is about a three-year-old boy who gets taken from his bedroom and his throat slit – though as the author notes at the end, the search for the resolution to this mystery distances us from the child, rather than making us think about him.

As a person who appreciates detectives and their ability to solve mysteries, I wanted more triumphs for the eponymous Mr. Whicher!  In fact altogether more Mr. Whicher!  I liked it at the beginning when Kate Summerscale – good name, eh? – was telling us all about the clever things that Mr. Whicher did.  I was saddish after the Victorian public decided that they didn’t like Mr. Whicher after all, despite his being extremely clever.

I don’t like the Victorian public.  They’re jerks!  They turned on Oscar Wilde in similar fashion, like rabid wolves!  Despite his being extremely clever also.  I am going onward to read some stories and watch some TV about people who are clever, and people who talk fast.  I talk incredibly fast, and I like it when other people talk fast, and that’s why, despite the obvious flaws of both, I remain fond of The Gilmore Girls and Studio 60 on the Sunset Strip.  (But not West Wing – can anyone explain to me why The West Wing is in any way enjoyable?  I’ve found it so boring when I’ve seen it in the past!)

19 thoughts on “The Suspicions of Mr. Whicher, Kate Summerscale”